What is Chateau Impney?

Chateau Impney was designed in 1869 and completed in 1875, built as a gift for the wife of Worcestershire industrialist John Corbett who made his fortune as a saltworks magnate in nearby Droitwich. Droitwich sits on huge salt deposits, and salt has been extracted there since ancient times – in fact the natural Droitwich brine is only rivalled in strength by that of the Dead Sea!

So it’s not in France?

Definitely not. John Corbett’s wife was of Irish and French descent and raised in Paris, hence the styling of the chateau. In the last 100 years it has changed ownership a number of times, even hosting one of the earliest UK rock festivals in 1968 which featured Fleetwood Mac!

So where does motorsport fit into this picture?

The first Chateau Impney hill climb took place in 1957, with the winning time being set by David Good in a MK VIII Cooper- JAP. The event ran for 11 years, until 1968. After a four decade hiatus, the Chateau Impney Hillclimb was relaunched in 2015 and is now an unmissable summer classic event in the UK.

What’s a hill climb then?

A hill climb is exactly that – a climb, up a hill, in a motorised vehicle. The idea is to do it in the fastest time possible. The course is 1500 yards long and set in the grounds of the Chateau. Drivers compete in different classes depending on the vehicle they are using. For the 2018 Chateau Impney Hill Climb, there are 18 different classes.

So what cars are we going to see?

We’ve done a rundown of the different classes and the cars that will feature, click here to view it.

There are 18 different classes, covering pre 1940s and pre 1968, split down further depending on type of vehicle and engine size. In classes 1-9 you’ll see traditional classics from the likes of Bentley, Bugatti, Lagonda, Maserati, Riley and Alvis, while the latter classes of 9-18 feature cars from Lotus, Jaguar, Porsche, Ferrari and more. There’s a great mix of cars that were made for the road, for the track and purpose built specials.

Think of it like the very best classic motoring museum, but with motion, noise, emotion and adrenaline and that’s just about the sum of it. A chance to see rare, old, famous cars doing what they were made to do, all in the grounds of one of the most unique buildings in the country.

What else is there to see on the day?

Well, quite lot. Apart from the Hill Climb there’s the The Footman James Concours d’Elegance, a fly over from a Spitfire and the Douglas C-47 ‘Dakota’ aeroplanes, special demonstrations going up the hill climb, a large amount of exhibitors including Tesla, The Vintage Sports Car Club, Paul Matty Sportscars, a trade area featuring everything from premium timepiece brands, through clothing, accessories and even organic skincare companies.. Plus there’s a vintage fun fair, Land Rover Experience and Honesberie Shooting School air gun sharpshooter experience.

Will the supercars be there again for 2018?

Over 100 of them, actually, as part of the Michelin Supercar Expo. Some of them will even be taking to the hill climb course as demonstration runs. Exotic cars and bikes from all eras will be taking part in demonstration runs, not all of which have been announced yet.

And what’s this rumour about classic rally cars hooning around the grounds?

Yes, that’s true too. The Chateau Impney hill Climb will be hosting the second round of Ralli 22. A selection of the rarest and best Group A, Group B and WRC cars in the country will by flying up the hill, including an ex Colin McRae Subaru Impreza and an ex Carlos Sainz Ford Escort. 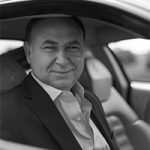 The Final Word – The Rob Roundup: 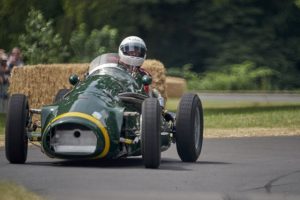 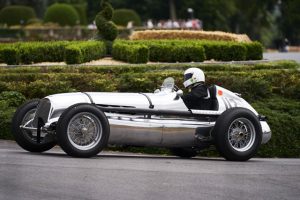