Time Travelling – Cars you should have bought in 1995 – Classic Ford

Classic Ford values are always going to be in contention one way or another. Strap yourself into our time machine as we travel back to the pre-internet world of 1995.

Do you remember Top Marques magazine?

Back in the 1990s it was a high end, full colour spin off from Autotrader. We found a copy on eBay for just £3.55. It’s 160 pages of cars for sale, with glossy full colour photography and not a web address in sight. The original RRP on the cover was £1.95. When that figure is adjusted for inflation to give us an equivalent in 2018 money, it equals £3.69.

Right, now that we’ve got some context on the price of goods in 1995, we can continue on… 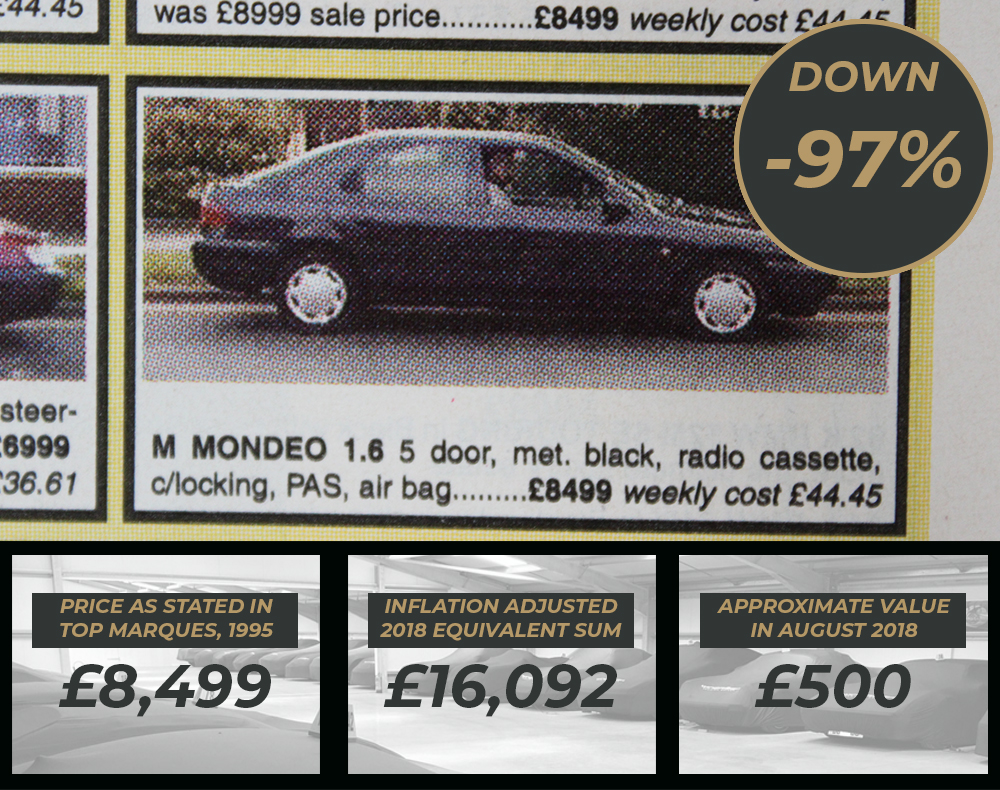 Although the Ford Probe was launched in August ’92 for delivery in 1993, it didn’t arrive on European roads until 1994.

In September 1995 (the date of the magazine we’re using) the Probe was still hot property. This one was just 1 year old.

Was the Ford Prove a flash in the pan…? Ford Probe values plummeted, and are still at rock bottom. There is a following for these cars but even in exceptional condition they struggle to make it above pocket money.

You’d have been better off buying a classic Porsche, or the RS2000 further down the page. 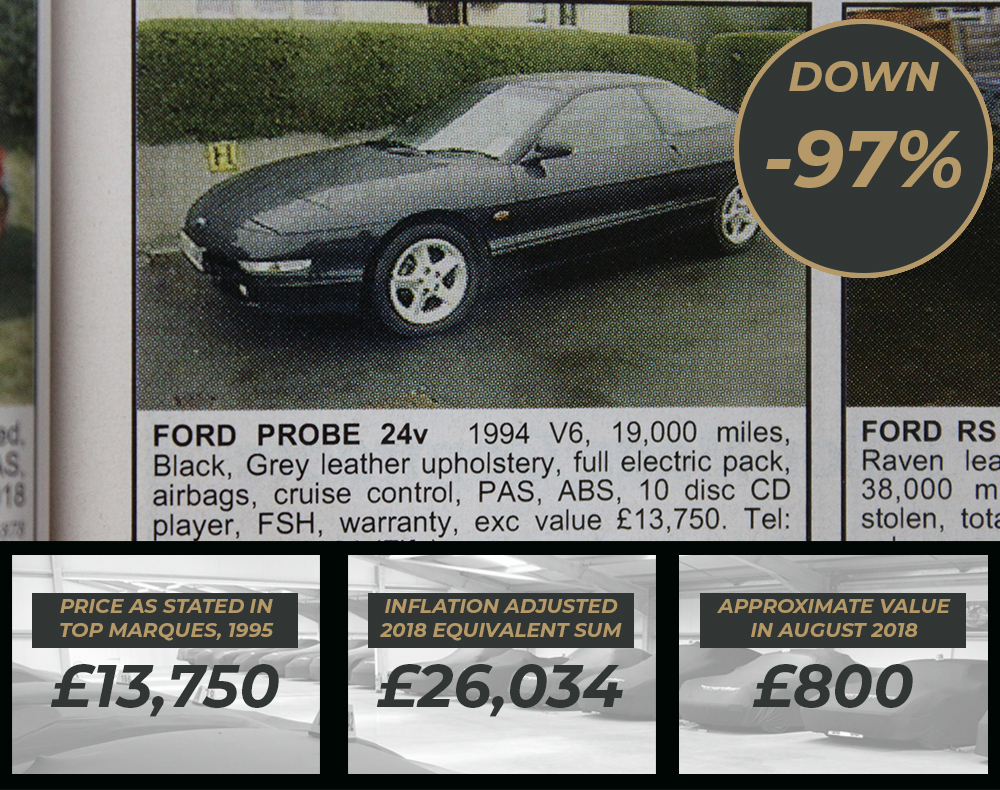 By 1995 the Escort Cosworth had been around for 3 years, and was at the height of it’s notoriety and in hot demand.

Insurers panicked and Jeremy Clarkson was once famously quoted over £20,000 to insure his. As a result, there are a lot of bad ones out there. Being a 1990s Ford means a lot of cars out there show too many miles on the clock and owners on the V5 to make the big money.

We spoke to Karl at KGF Classic Cars, a company who have sold a good number of ‘Cossies’ in recent years.

“The provenance being owned by Malcolm Wilson from new will boast value but LHD will dampen UK desire. I would value at £55,000” Karl Fasulo, Director, KGF Classic Cars 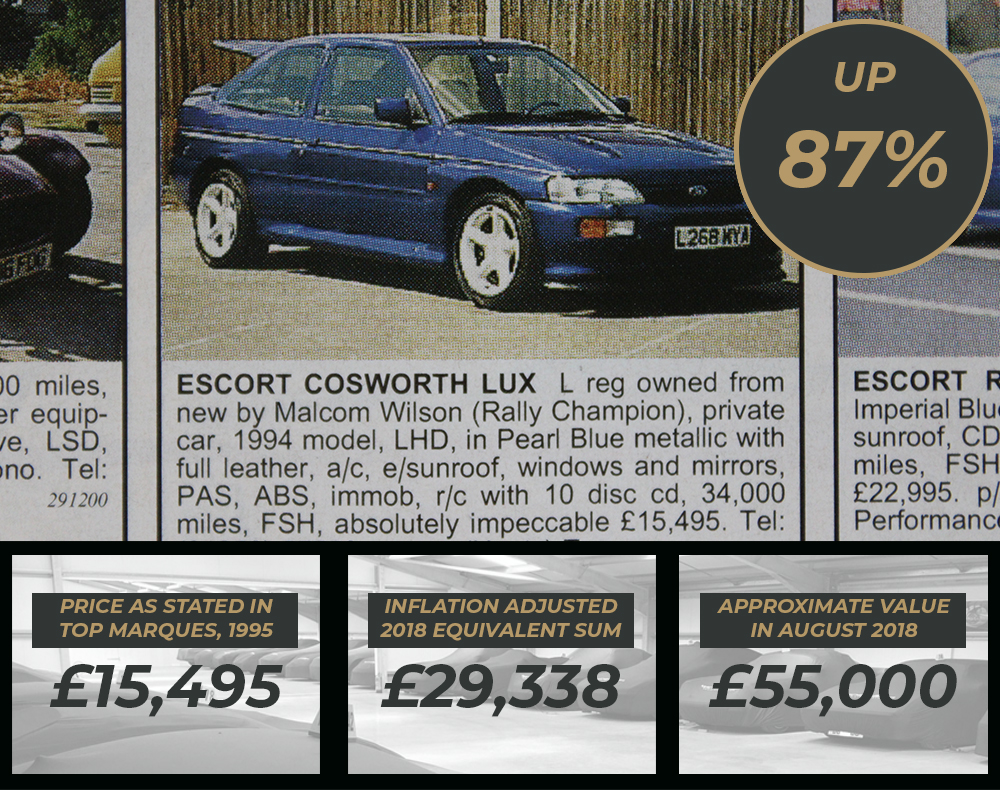 “Mallard Green is never top of the colour choice but what miles! I would value at £62,000” Karl Fasulo, Director, KGF Classic Cars 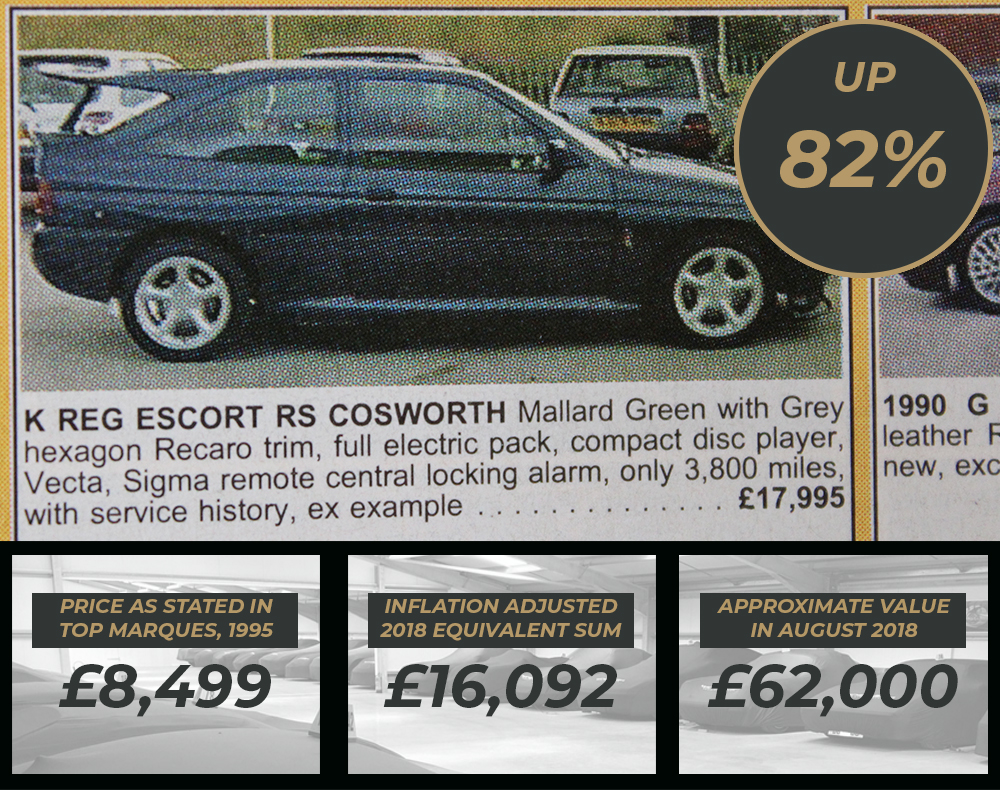 And finally… the big one. With this RS2000 we’ve had to make the presumption that ‘custom pack’ means it’s an RS2000 Custom. Introduced in 1978, the RS2000 ‘Custom’ added ‘Fishnet’ Recaro seats, full door cards, clock and pod, centre console, 6Jx13″ alloys, boot carpet, remote driver’s door mirror and a black panel around the rear lights to the standard RS2000. 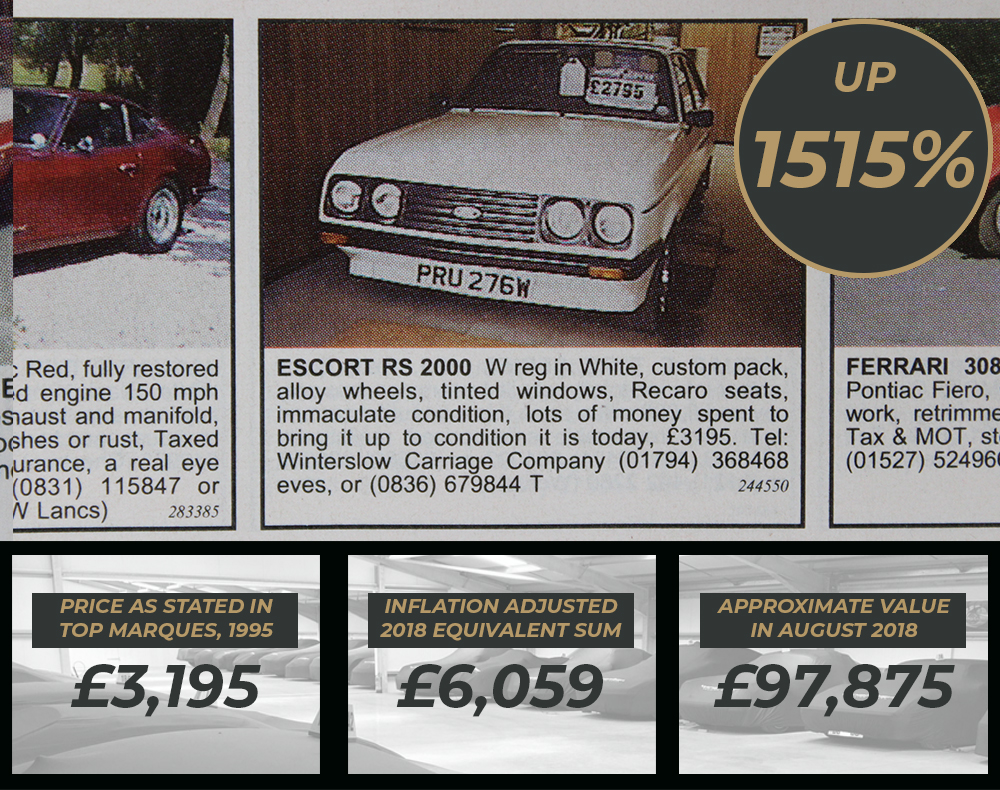