Most forms of motorsport in the UK require you to have an MSA (Motor Sport Association) Competition Licence.  To obtain a licence to race on circuits you will need to pass an ARDS (Association of Racing Drivers Schools) test.

We frequently get asked what is involved in taking your ARDS test and information online is limited and varied – so here is the Classic & Sports Finance guide to taking (and hopefully passing) your ARDS test.

We take our motorsport seriously as Classic & Sports Finance.

We genuinely believe that to offer the best service to our racing customers we really need to know what we are talking about – so we drive an FIA MGB in the Equipe GTS race series as well as events such as the Silverstone Classic. It’s a great opportunity to meet up with clients and colleagues in the industry as well as giving us a deep understanding of the risks and requirements of historic racers who wish to finance race cars.

I say we – I don’t race at the moment but the opportunity to get involved was too great to resist so with a little coercion I was persuaded to apply for my Novice Competition Licence back in June 2015.

The first step is to get an MSA Go Racing Starter pack (ARDS) from the MSA website. This can be purchased online from the MSA and costs £99.

The starter pack contains an application for a novice competition licence (pen included to fill it out), a booklet with further information on how to prepare for and take your ARDS test and a “Welcome to Motorsport” DVD. The DVD also contains a downloadable PDF copy of the MSA Blue Book which you are advised to read before you take the test – all 520 pages of it. The good news is that the really important stuff (The Regulations) is limited to a mere 350 pages…..

Suffice to say that it was nearly two years later before I got round to filling in the forms – 48 hours before the one day ARDS course I had booked at Silverstone for £695. To my horror I then realised that the MSA licence application form had expired and that I would need a medical to obtain my licence. A couple of phone calls sorted this out, but I would recommend that you book your ARDS test as soon as you can after getting your starter pack. The team at Silverstone were happy to let me sit the test without a medical but this varies dependent on the circuit that you take your ARDS so best to get it done in advance. 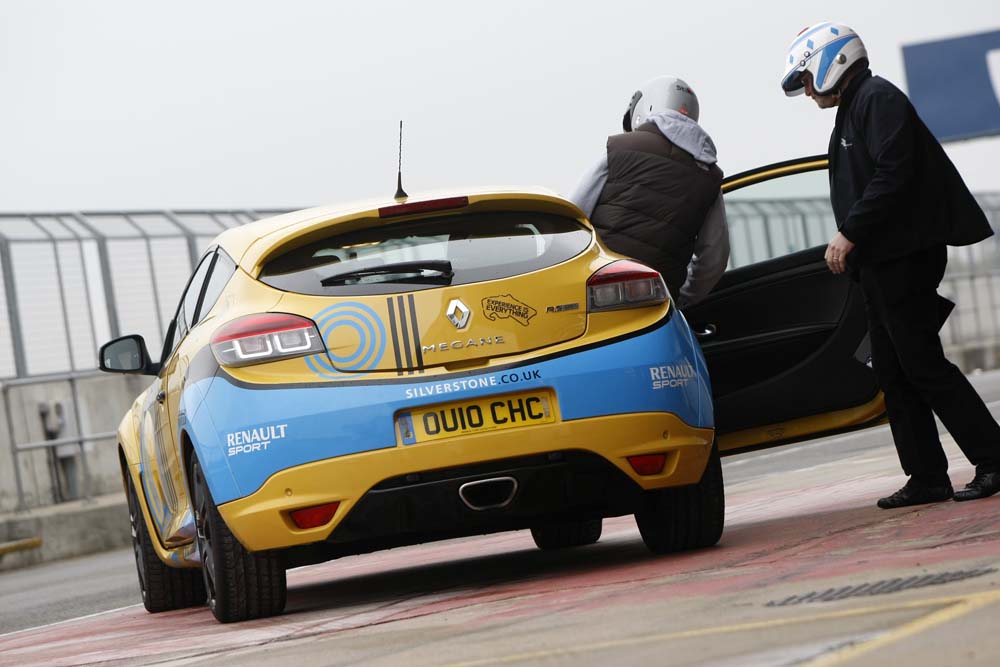 Most people I spoke to who race told me that it was pretty much impossible to fail an ARDS test. On the assumption that nothing is impossible, I have to be honest and say that I was a little bit nervous about the driven assessment as I hadn’t been out on a circuit for 9 months and previous to that it had been six years since I’d had any serious track time. Some pre-ARDS preparation seemed like a good option.

Nine others were taking the test with me at Silverstone – eight of us had opted for the full day course (including a 15 year old Karting World Champion) while a confident duo had arrived looking ready to race and opted to take the test straight away.

After a briefing on what we should expect and a session explaining the racing line we were introduced to our instructors and it was time to get out on track. In our first session of the day we spent time out on the International in Renaultsport Meganes – great fun, a good opportunity to get used to the circuit and some decent track time working on our lines and speed.

The next step was car control. This was something I had been really looking forward to and I wasn’t disappointed. Drifting around a car park in a front wheel drive car equipped with a hydraulic rig to simulate ice driving is great fun as well as incredibly educational. To help us understand the oversteer characteristics of a rear wheel drive car we then spent another hour in a modified Caterham doing doughnuts – the comparison was dramatic.

The ARDS test is comprised of two parts – a short written exam and a driving assessment.

After lunch we sat down to watch the MSA DVD once more prior to taking the written test. Having not read the MSA Blue Book as fastidiously as I probably should have I did begin to wonder what the exam would contain, particularly as our tutor explained than any mistakes in two sections of the three part written test would mean failure.

The flags section asks which flag would be used for a specific situation. It isn’t multiple choice and you also need to know whether the flag should be Waved or Stationary.

The other two sections are multiple choice.

A 100% score is required in the flags and safety sections to obtain a pass and any more than three incorrect answers in the general knowledge also results in failure. The flags are easy enough to learn and most of the other questions really require common sense but it would certainly be easy enough to make a silly/ unfortunate mistake. The regulations regarding flags had changed twice since my 2015 MSA Welcome To Motorsport booklet was printed. Fortunately the team at Silverstone were very thorough and pointed this out. The best advice I could give is to spend some time on this and make sure you read the Specific Regulations For Circuit Racing (Section Q) in the MSA Blue Book. It is only 20 pages and addresses everything you need to know for the written test. 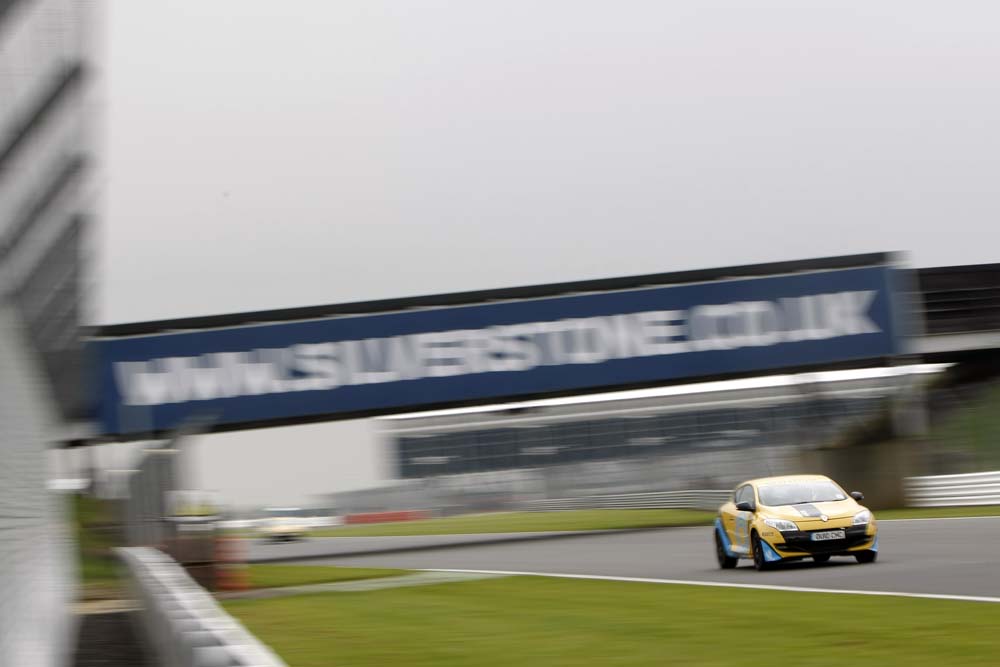 Immediately after the written test we donned our helmets for a little more track time to hone our skills. For me this meant having four terrible laps after a successful morning session and a blow to my confidence. To make thing worse the rain was now on after a totally dry practice and I new that I wouldn’t be allowed to drive like Miss Daisy and still pass.

How slowly can you drive and still pass?

This was a question raised in the classroom and the response from our instructors was “at least 70% of race pace”. If we were going too slow we would be told to pick up the pace.

What do they assess you on?

You are assessed on your ability to drive the car safely at race pace or close to it in traffic. If you lose control of the car (as one of our number did), drive dangerously or leave the track you fail instantly.

Sitting in the car with my instructor/ now examiner he advised that I would need to maintain a good pace despite the newly wet conditions. In an unfamiliar car on a new circuit I was guessing how much grip I would have and to make things worse came out of the pits and straight into a group of Ferrari 430 and Aston Martin V8 experience day cars. Picking my way through them before Hangar Straight I arrived at Stowe at speed and hoped for the best. Fortunately the Megane is a great little car and after three fun laps exploring the limits of adhesion we pulled into the pits and I was told I had passed. During the assessment the only words my examiner had uttered were “You’ll need to get through this lot”.

I only had to wait for an hour to find out that I had also passed the written test. Of the ten people who took the test that day at least two would need to return to sit either the written or driven assessment again – and no-one there was a total novice. Even competent drivers with experience shouldn’t take a pass for granted – and that’s how it should be.

From what I can gather courses are conducted slightly differently at every venue. On the day our instructors made it quite clear how and why you could fail – and the fact that it wasn’t a mere formality made it even more enjoyable. Congratulations to the team at Silverstone for an excellent day – given the amount of driving time you get the full day ARDS course is good value, even at just shy of £700. Highly recommended.

Preparing yourself for ARDS

Our top tips for preparing for and passing your ARDS test.

1. Get some track time under your belt. Best not turn up feeling a bit rusty – book a couple of track days beforehand or take the full day ARDS course.

2. Get your medical done beforehand – you’ll get your race licence quicker that way.

3. Know your flags. Get any of these wrong and it’s an instant fail.

4. Read the Specific Regulations For Circuit Racing (Section Q) in the MSA Blue Book. It’s only 20 pages and getting any of the safety-related questions means a fail.

5. Don’t take it in the winter. Give yourself a fighting chance and book your test when the tarmac is more likely to be warm and dry (unless you love the wet).

6. Don’t assume you will pass.

Classic & Sports Finance are the UK’s leading funder of race cars. To find out more about financing a race car please call us on 01869 351512 or enquire online.