"Monterey auctions continue to slide after 2014 classic car peak" say Bloomberg. Factually correct maybe but there's a lot more to it than that.

In the mad rush to turn auction house press releases into headlines within hours of the end of the auctions, many pundits have not had time to take a good, LONG look at the facts after this year’s Monterey sales.

The headlines were the world-record breaking sales of a D-Type and a Cobra. These sales set the tone for a week in which the very best collector cars sold extremely well at auction and we think the owners and the auction houses will be delighted with the results – whatever the pre-sale estimates.

Elsewhere, cars were in general trading in and around the transactional values we are seeing in the UK market. Maybe not the crazy auction prices we have seen over the last few years, but one or two moments of madness does not a market make.

By our calculations, the market at Monterey has broadly speaking moved a mere 5% in the last 12 months. To borrow a fantastic automotive analogy, the market has done some very hot laps in the last two years and in 2016 it pitted to let a couple of psi out of the tyres. If in doubt we would encourage you to have a look at our £GBP results below for the big three auction houses. This was a thoroughly American sale though and it would be unwise to draw direct comparison with the European auction market.

Of course it is impossible to make direct comparisons between the cars offered this year and those in previous years but there is no doubt that much of the best stock has already been purchased by enthusiasts and this is reflected in the prices buyers are willing to pay for what remains.

Full figures and analysis below.

Monterey Auction Week
Listed below are the raw results witnessed by Hagerty during the live auctions and may not factor in any post-sale deals that have occurred. These numbers include the appropriate buyer’s premiums.

Individual results by each auction company

(Based on our own auction data, and customer/dealer/partner feedback)

For a second year, a slightly lower value of cars was sold this year in total than last year. The total $ value of cars sold was down 13%, but the number of cars offered was also down by 8%. Forget the total values sold – what we have here is a slight increase in the average sale price (partly bouyed by the number of $10,000,000+ cars) and a 5% drop in sell through rates. Not much, and that doesn’t even factor in the quality of cars sold – we’ll refer you back to our comparing Granny Smiths with Satsumas analogy. 2014 was a record breaking year but factor in the extra $38 million Bonhams raised for the Ferrari 250 GTO in that year and we really haven’t moved that far from the peak. Since 2014 average sale prices at Monterey have dropped by 14% – remove that one record-breaking car from the equation and the average sale price has reduced by just 6% in two years…. Consider also that the US$ was a lot weaker in 2014 and that European buyers will be paying considerably more for a car sold in dollars in 2016.

Hagerty’s number crunchers found some interesting patterns too. Sell through rates for cars over $100,000 fell by 15% – affected no doubt by more sensible prices being paid for modern “investment” classics in the Testarossa and 911 segment. They also found that prices being paid in this price bracket were in line with Hagerty price guide valuations for the condition. Remember that Hagerty are physically on site to inspect the lots visually. They also noted that cars from 1990 and newer “struggled overall” – prices in our eyes remained in line with actual transactional prices, though.

Auction total from #MontereyCarWeek fell 13% over last year, to $345 million, according to Hagerty. pic.twitter.com/C3WOy9405p

Auction house performance also generally remained within a 5% margin of 2015 too with the numbers of cars selling under estimate remaining steady. The media has pounced on this as usual proclaiming that many cars sold under estimate and they are right – but it was the same the year before and the year before that…

The auctions seem to have been able to manage sellers’ expectations better this year – maybe not in terms of estimated price but sellers were taking offers made even if well below estimate. Take a look at the graph above and you can see that US sellers seem to be more willing to do this than the Europeans (Monterey auctions in August and Arizona in January vs European auctions in September, February and May).

As David Gooding, founder of the auction house Gooding & Company, put it, “Buyers are both discriminating and rational at the moment” – New York Times

One of the stories of the Monterey week has got to be “the flight to quality”. We keep hearing that buyers have become more discerning and as Deitrich Hatlapa of HAGI (Historic Automobile Group International) put it “buyers are taking their time to select cars and negotiate prices”. What we’d really like to know is who on earth was buying everything and anything at any price and who was encouraging them to do so? We certainly don’t bump into many buyers like that in our line of work.

According to the Hagerty Market Rating, the market overall beyond the highly visible public auctions remains strong and steady since it began leveling out after hitting an all time high in May 2015, fueled by five years of massive year-over-year growth.

Last year we stated that:

We’re still a way off from prices taking a serious dip as the real enthusiasts move back into the market.

We’ll certainly stand by that prediction.

The auction houses did a great job, classic car lovers had a great time and the media had a field day. All in all, a good result.

We’ll stand by that this year too.

What the media said about Monterey.

We felt there was less media noise after this year’s auctions than there was in 2015 and as usual you have to be careful how you interpret media reports on the Monterey auctions – particularly in a year where not a lot happened with regards to the collector car market as a whole. It makes it really difficult to think up an engaging headline. A lot can get lost in translation when you are trying to summarise a myriad of results in a complex market just hours after the sales finish. We also noted that some editorial teams could have done with a working calculator – $399m to $338m is not a 40% decrease!

For those reporting from outside the industry the preferred spin objective was to highlight lower than expected performance – quite whose expectations the reports were based on is unclear….

For the record: The media soundbites…

There is simply less exuberance in the car marketplace than three or four years ago, when the moneyed classes were bouncing back from the world financial crisis. –  Rob Sass, New York Times

Exuberance is a carefully chosen word and Rob Sass is a highly respected industry commentator – but what does he actually mean?

Monterey Auctions Continue to Slide After 2014 Classic Car Peak: In general, bidding in Monterey was sluggish, with sell-through percentages the lowest they’ve been since 2000 – Hannah Elliot, Bloomberg

Overall sell-through percentages were indeed down – by one percent. You can read the full article here.

Charles Fleming of the LA Times reported that the world-breaking prices for the Ecurie Ecosse D-Type and the Shelby Cobra (CSX 2000) were disappointing:

“Indeed, even the Jaguar sale was disappointing to some auction attendees. The value of the sale had been estimated by the auction house at $20 million to $25 million, and some viewers thought it could go higher. So the $19.8 million figure, while a record-setter, still was lower than anticipated.

The Shelby Cobra, too, was expected by many experts to go higher. RM Sotheby’s had not published an estimated value, but several auction experts had predicted privately that the car, because of its unique history and its sentimental value, could sell for well over $20 million.”

The quotes we felt best represented the Monterey auctions

“there are 10 to 15 times more collectors than there used to be, there’s more money around and the world is smaller.”Don Williams, Blackhawk Collection – quoted in the New York Times

As car market corrections go, the downturn this time is more like letting a bit of air out of the tires. – New York Times, Rob Sass

“The fact that some sellers are holding out for strong prices means we are not seeing any signs of people desperate to leave the market,” McKeel Hagerty, CEO of Hagerty – quoted by CNBC

Rob Myers of RM Sothebys also had some words of wisdom to dispense prior to the auctions: 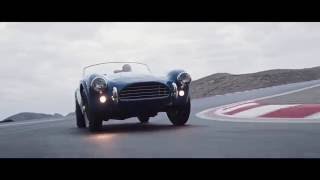 “People who buy a car because they think it’s going to go up in value is like hiring a mistress because she can cook. It’s two different things – you’re missing out on the whole idea of the thing…” Jay Leno in an interview with Forbes

The truly rare and exceptional – just like last year. The Ecurie Ecosse D-Type was one of a kind and the final sale price was a world record for a British car at auction – $21.78 million / £16.5 million with premium. The very first Shelby Cobra sold for $13.75 million / £10.5 million inclusive which was also a record for an American car at auction.

The two LaFerrari offered sold well over their original list price – no surprise.

As Rob Sass of the New York Times neatly put it:

What Cars Ruled Pebble Beach Auctions? The Ones You Can’t Afford.

Ferrari 250s sold well but maybe not quite as well as owners might have hoped.

What didn’t do so well?

There were fewer modern classics this year of the type favoured by over-zealous investors than in previous years. The cars in this segment that sold less well were the “story” cars – there seem to be more an more of them these days. Owners of Ferrari “Daytonas” and 275s who wish to sell will probably be wishing they had done so two years ago if they have been basing their valuations on previous auction results.

With thanks to Hagerty for their analysis and auction information and to RM Sothebys, Bonhams and Gooding & Co for their images.