As a marque Lamborghini has trailed Ferrari in the race to the top of the big league collectors cars – although try telling that to the long term owner of a Muira or collectable Countach. But will later cars begin to attract buyers in the same way that the Testarossa has over the last two years? Here’s our guide to buying a Lamborghini Diablo.

Looking beyond the stratospheric rise in Countach prices of the last couple of years, the Lamborghini Diablo is an obvious pretender to the “what’s going to go up next” crown and we have seen more and more Diablos come to auction in the last 12 months. We are also seeing requests for classic Lamborghini finance increasing steadily. But is a Diablo “a car to buy”?

The Lamborghini Diablo was produced between 1990 and 2006 in which time just 2884 are claimed to have been built but insiders will tell you that the number was overstated. All were V12 and all of them manual.

The following models were available: 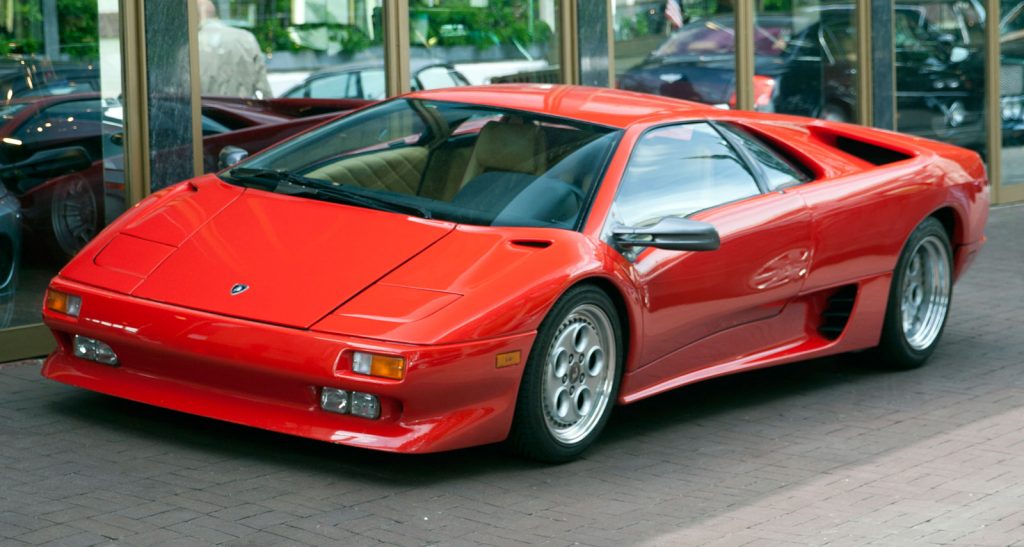 In 1998 Diablos got an improved 530 horsepower VVT engine, ABS brakes and and 18” rims (17” previously) although some early ‘98models wore a mix of the two wheel sizes. In  1999 the Diablo received a major facelift. The pop up headlights disappeared, the dashboard was updated and featured a low profile instrument pack amongst other minor revisions. 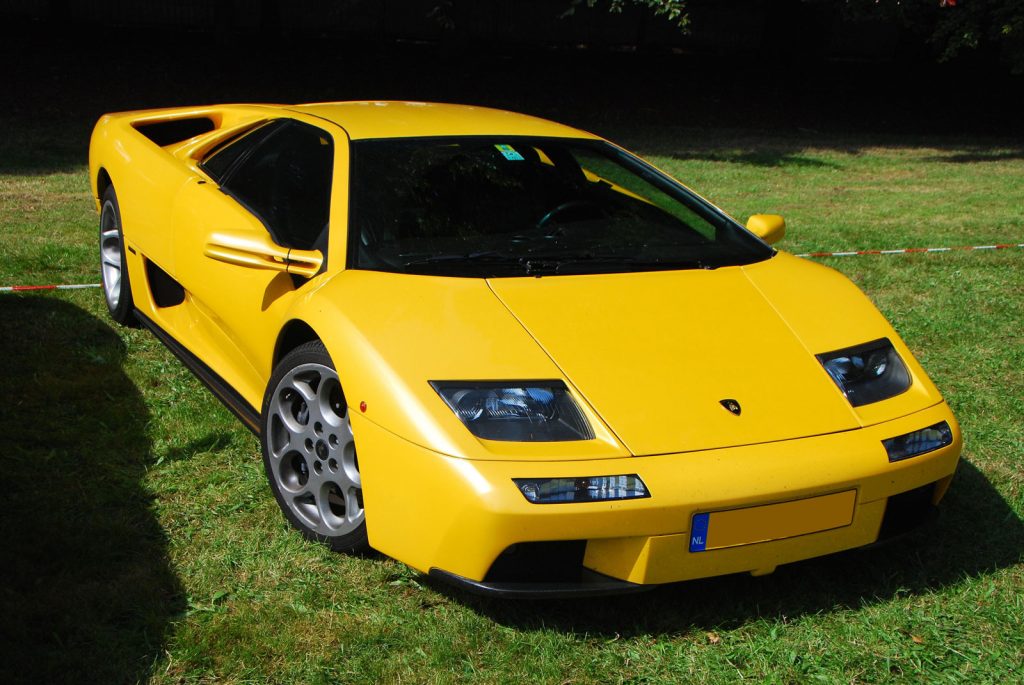 Diablo SV-R and GTR – competition specials some of which were converted for road use.

So what’s good about them? Incredible looks, Lamborghini V12, choice of RWD and AWD, coupe and roadster versions, relatively rare and good to drive. What’s not to like?

Who better to advise than a serial owner who has bought (and sold) more of these cars than most – Carlo McCrindle of Lamborghini Specialists Top Gear Specialist Cars near Edinburgh. Carlo is very well known in Lamborghini circles having been a Lamborghini Owners Club events organiser and a member of the LOC for 30 years. Top Gear are one of the UK’s leading Lamborghini specialists and we have worked with them nearly two decades.

According to Carlo the 6.0l is the best built car of the bunch but RWD is the most thrilling and rewarding to drive which makes the SV and the 6.0l desirable for most buyers. Sun worshippers will be delighted to hear that the open top roadsters are good to drive and suffer from very little scuttle shake.

Diablos are fun to drive with a bit of understeer. The lighter more powerful SV drives best. All are flexible around town but are realistically more suited to highdays and holidays. Euro-hooners will find them good on a long trip to visit the factory.

The Diablo GT is the ultimate but expect a €800,000 asking price

According to Carlo, mechanically the Diablo is bulletproof although the clutch can be a weak spot (although driven correctly they can take some mileage). Build quality is comparable to other 90’s supercars, although you have to question whether the term “quality” is truly appropriate when compared to the supercars of today…

Specifications were changed on a fairly regular basis and it’s easy to get confused so we would always recommend that you buy from a specialist who know their stuff.

Watch out for crashed cars – an inspection is a good idea and Carlo recommends Mike Pullen at Carrera Sport ( 01444 455100 – no website) for Diablo inspection, service and repair if you are down south and naturally recommends his own services for those up north.

Service histories can be patchy as there was only one official Lamborghini dealer in the UK for many years (HR Owen London) so don’t necessarily expect a full Lamborghini history. They certainly need to be serviced every year.

Carlo points out that the Diablo community is very small and quite active so buyers are bound to run into the last owner. This means that most of the cars and their mileages are pretty genuine – especially as the cars were always driven sparingly by owners.

The customer base for the Diablo has grown significantly over the last decade. Previously it was very small. The market is truly international with UK cars finding homes all over Europe, Asia and Australia.

There are no official numbers, but it is estimated that around 10% of all Diablos built were right hand drive. RHD cars are worth a little more than their LHD counterparts. By way of example, only 33 RHD 6.0l were built in total and the number of RHD cars in total is only a couple of hundred. With so few RHD cars in the UK, it is common for specialist Diablo dealers to sell the same car four or five times.

Diablo prices started at around £150,000 + options when they first went on sale – roughly the same price as a Porsche 959. The Diablo was and remains one of the most iconic supercars ever made. Combine this with low production numbers, amazing looks and road presence, driveability and sensible prices compared to many contemporaries and it looks like a good buy.

Many thanks to Carlo McCrindle of Top Gear Specialist Cars for his expertise and advice. You can contact him on 01501 763800.