After considering a Porsche 911 GT3 and Ferrari FF, Harry bit the bullet and ordered a Jaguar Project 8. The car was ordered in March 2018 and delivered in August. After 2 months and 1600 miles of ownership, the real question is… just how fast is a Jaguar Project 8?

Harry took his Project 8 to a closed track to find out. You can see the full video here, and the results are published below, however what struck us was the contrast between the Jaguar Project 8 and supercars of the past.

We’ve taken 3 iconic supercars and put the results next to the figures achieved by the Project 8. In the context of these three stalwarts of automotive history, the Project 8 looks all the more impressive. Let’s not forget that the Jaguar Project 8 has four seats and a boot!

The MSRP on a Project 8 is around £150,000, so again, when you compare that figure to the MSRP on the cars we’ve sampled, the Jaguar Project 8 stacks up to be quite a bargain.

Now this is an interesting statistic because all four cars are within 1 second of each other. The 6.0 litre BMW Motorsport derived V12 of the McLaren is level pegging with the Project 8 on power output at a snip over 600bhp, but has a significant weight advantage – the McLaren weighs in at 1,138 kg against around 1,744 kg for the big cat. The Diablo VT also uses a 6.0 litre V12, weighing in at 1,656 kg making it just 100kg lighter than the Jaguar despite having no rear seats… With just 3.6 litres of displacement to play with, the Ferrari has the smallest engine here. It sits at 1,235 kg, so around 100kg heavier than the F1. Looking at the 0-60 times below, which one are you most impressed by? 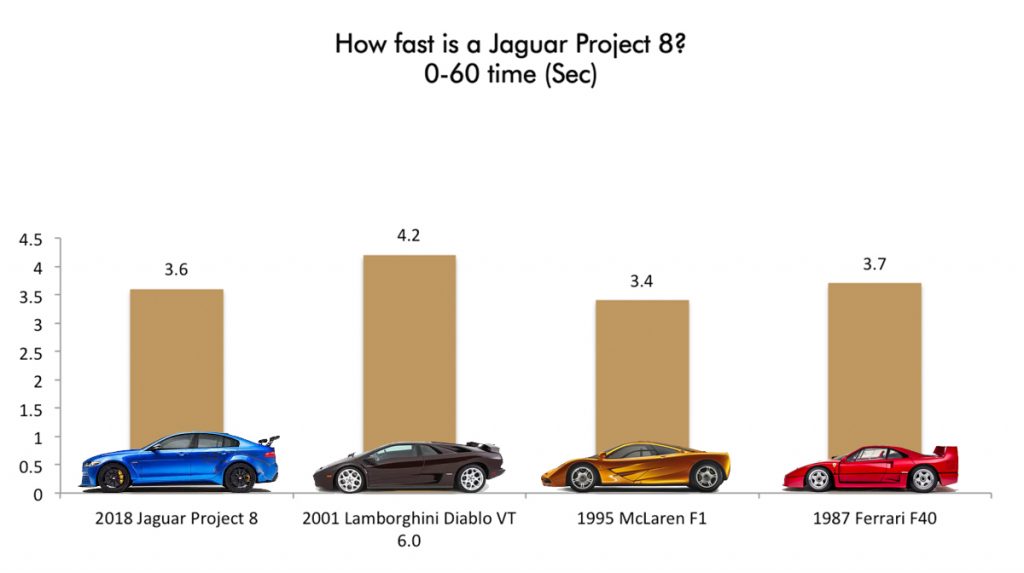 How fast is a Jaguar Project 8? Rated Horsepower

There are a few things to note from the figures below.. Firstly, how on earth did Jaguar squeeze 620bhp into a four door saloon? Secondly, how impressive is it that the McLaren F1 achieves almost the same power output without a turbo charger, let alone a super charger… 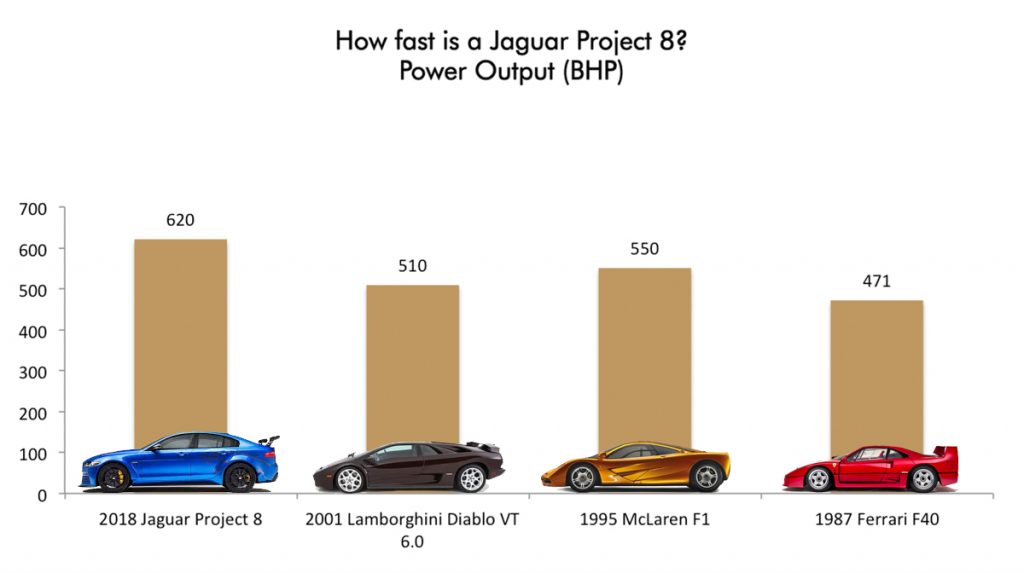 How fast is a Jaguar Project 8? Quarter Mile sprint time

It’s rather funny how the graph below appears to show a gulf between each of the four cars, when in reality, if you were standing at the finish line, all four would flash past you at near as damnit the same time. 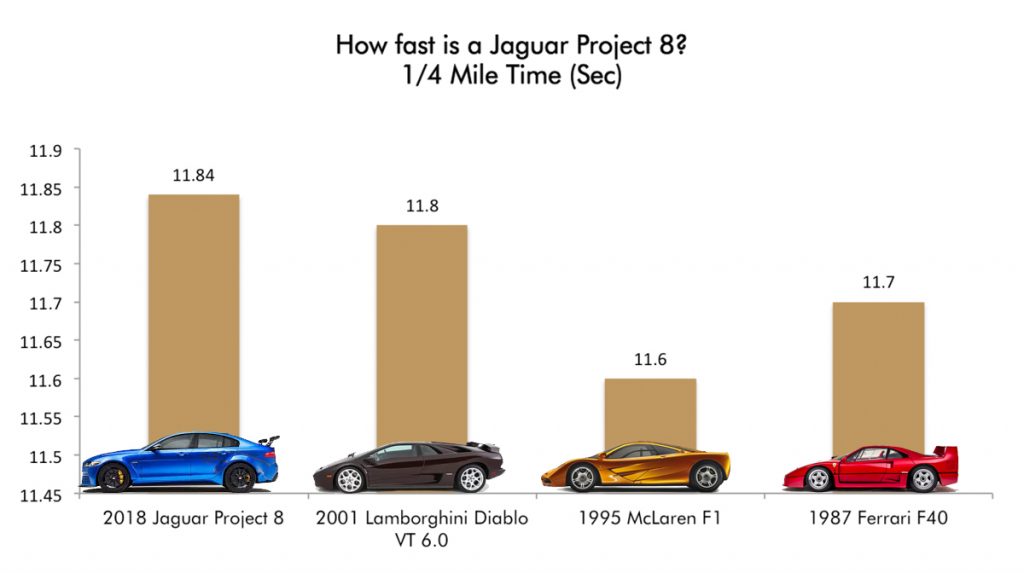 Here are the complete results: