The original Honda NSX was launched in 1990 and represented a glimpse into the future of what we now call supercars.

Its competition back then were cars such as the Ferrari 328 and Lotus Esprit, and you could argue that manufacturers such as Ferrari were unable to produce a car of the same exacting build quality that Honda managed to achieve with the NSX for another 20 years.

Inspired by Honda’s success in F1, the NSX was a technological tour de force with a beautifully nuanced chassis that was designed to challenge the enthusiast. I might have only had a V6 tucked discreetly amidships, but it hit the redline at 7,500 rpm and sounded epic. Even Senna drove it. 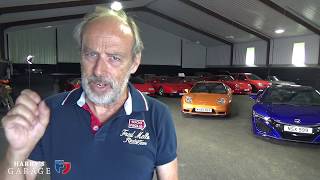 Original Honda NSX review, what made it special?

It took Honda over ten years to bring the next generation of NSX into production, with more false starts than a Guns N’ Roses reunion. The original car was priced from £50,000 – £60,000 putting it into Porsche 911 territory. The 2016 car with a bit of spec retails for around £180,000 placing it in competition with McLaren, Ferrari and Lamborghini. Does it cut the mustard in that company?

With lots of trick technology, Harry describes it as a “clever car” with plenty of grunt – “weapon is what comes to mind”.  Watch both videos to find out what he thought and how the two cars compare. 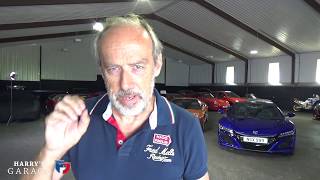 With prices for the original NSX starting from £35,000 they can be a great buy, even with a relatively high mileage. However, it is as always very important to buy the right car from a reputable dealer and watch out for imports – while some may be a good purchase plenty won’t be.

For more advice on purchasing & information on finance packages for Honda NSX – the original or new version, please get in touch.

RT @nicholas_mee: Whats in stock, January 2020. A Happy New Year welcome to the next ‘Roaring Twenties’ ! We're delighted to send our first…